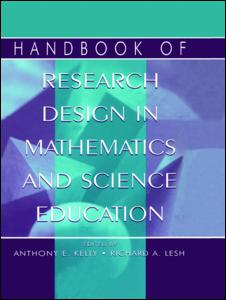 Working on the Inside: Using One’s Own Practice as a Site for Studying Teaching and Learning

Handbook of Research Design in Mathematics and Science Education

This chapter examines benefits and pitfalls inherent in studying teaching and learning from the inside, where the teacher is also the principal investigator of the research. Such “first-person” writing about teaching is situated in the much wider domain of “inquiry in teaching” and includes such genres as action research, teacher narratives, teacher research, as well as multiple forms of research on teaching. 1 1

Although first-person approaches to inquiry vary, they overlap and share many similar aims, methods, questions, standards, and perspectives. They focus on issues of practice. They seek to probe beneath the surface of the obvious and taken for granted. Grounded in practice, with tools that can transcend the boundaries of practice, these approaches to inquiry aim to produce knowledge that can contribute to the improvement of teaching and learning.
Cite