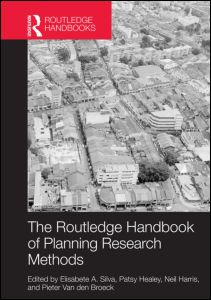 In a sense, urban planning is the science of spatial distribution with particular focus on place. Place is dependent on the material and spiritual spaces of a region. Although region is traditionally a central theme in spatial planning, planners have always been reticent about the ways in which a region can be built up. In ancient China, there have been studies on the relationship between the urban and the regional. Chronicles of the Han Dynasty in 79–105 refer to elements to consider when selecting city sites: to find out the balance of Yin and Yang, to taste the flavour of spring, to examine the suitability of land, and to build the city state (Ban, 105). Already, geographers have worked on improving the regional structure of hospitals (Godlund, 1961), schools (Yeates, 1963), social administration areas (Massam, 1975), and regional applications (Haggett, Cliff, and Frey, 1977), as well as the more widely known cases of local government boundaries. This chapter will try to explore a quantitative method for region building under urban sprawl conditions. It will include a clarification of the regional concept, regional combinatory, nodal regions, and graphs. Also, this chapter will present the case study of the Sunan (Southern Jiangsu Province), China, with the aim of discussing the methods for regional planning and in order to bring together the explicit techniques that have been used in regional delimitation and in grouping.