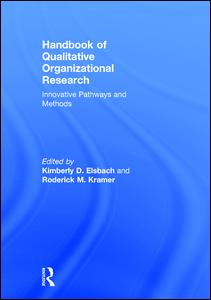 The Aesthetics of Data: Qualitative Analysis of Visual and Other Nontextual Forms of Data

The texts we read are often embedded in a plethora of visual elements, including pictures and images found in magazines, newsletters, or journals; marketing, advertising, and promotional materials, such as organizational leaflets and brochures; communication technologies, such as reports, accounts, schedules, tables, and graphs; and visual artifacts, such as dress, architecture, and office décor (Davison, McLean, & Warren, 2012). More than simply illustrating text, visual elements help to interpret text. For example, Strati (1992) shows how the discursive interaction between the chairman of an Italian firm and his assistant could be understood in light of the objects that decorated their office spaces; these artifacts revealed the implicit hierarchical, social, and cultural differences that were difficult to express (Glynn, Giorgi, & Lockwood, 2012). Similarly, Elsbach (2003) found that the display of photos, awards, and mementos in the office helped organizational members express their workplace identities. Research in marketing suggests that consumers are influenced by visual elements in evaluating products (Hagtvedt & Patrick, 2008). In sum, these studies point to how textual messages are encoded in a “language of images” (Davison, 2007, p. 135).