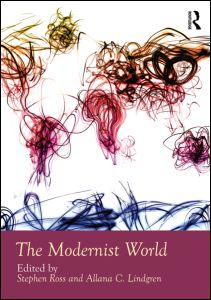 Though they often escape critical scrutiny, concepts such as modernism, modernity, and modernization are at the heart of the concept of development, and thus omnipresent in development studies. In the late nineteenth century, the new discipline of sociology undertook to study, explain, and guide the social transformations unfolding in Europe. Equally, the relationship between the machinery of knowledge construction and that of the modern state was tightened, with concrete consequences on how social life was perceived, organized, and lived. Following the spirit of the Enlightenment, the founders of sociology 1 aimed to study social phenomena as their counterparts in natural sciences studied nature. Often, this ambition, coupled with the tightened bond of power/knowledge, 2 led to reductive representations of social realities through dichotomized and hierarchized categories: modern vs. traditional, rational vs. irrational, urban vs. rural, rich vs. poor, developed vs. underdeveloped, and so on. These dichotomies initially affected power relations in Europe, but other geographic areas and societies soon became objects of study for European social sciences. European production of images of other societies has a long history and remains central for constructions of European identities. The wave of Western European expansions from the late fifteenth century onwards marked a new and more aggressive era in the use of science to describe, categorize, analyze, and subordinate other cultures. 3 Science in general and social sciences in particular became crucial elements of colonialism. Broadly speaking, the Middle East and Asia were the first to be scrutinized by European social sciences, then the Americas and finally Africa. Focusing on the last of these, I start here with a rough picture of the meaning and evolution of modernism, modernity, and modernization in development studies. I then explore how modernization and modernity narratives have informed some African intellectual streams. Finally, I assess some of the tendencies in the debate today.