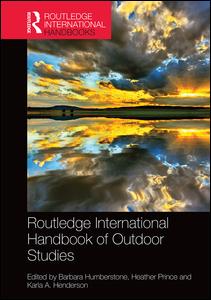 In 2013, the Australian government identified participation in lifestyle sports such as surfing, snowboarding, skateboarding and rock climbing as a significant trend in Australia (Hajkowicz, Cook, Wilhelmseder & Boughen, 2013). This growth reflects similar patterns in participation across much of the world, which Gilchrist and Wheaton (2011) argue might be much higher than the figures suggest. With participation in many of these sports requiring access to nature-based spaces that are often outside cities, questions of access to, responsibility for and sustainability of places are increasingly key in making sense of changes in our knowledge and resource management of recreational lifestyle sport and physical cultures. This includes a number of coastal surf sports such as surfing, body-boarding, wind-surfing, kite-surfing and ocean-swimming, which contribute to continued significance of the coast in recreational and cultural life in Australia (Pearson, 1979; Booth, 2001; Maguire, Miller, Weston & Young, 2011). Management of these spaces to sustainably cater for diverse populations, while at the same time encouraging increased access, creates tensions among local, resident coastal populations who feel the most invested in these areas (Evers, 2008a; Franklin, Picken & Osbaldiston, 2014). In Australia, ‘local’ knowledge of place and community is privileged as the most authentic, yet critical numbers of coastal users live in cities and experience the coast as an extension of their everyday lives (Goggin, 2002; Maguire et al., 2011). Currently we have little understanding of how city-based surfers impact on and develop relationships with, the beaches and coasts they have come to love and care for (Urry, 1995; Franklin, 1998; Macnaghten, 2003; Wattchow & Brown, 2011).