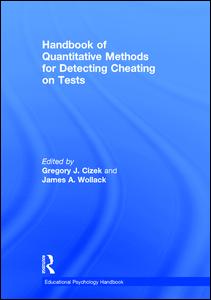 Handbook of Quantitative Methods for Detecting Cheating on Tests

The Future of Quantitative ...