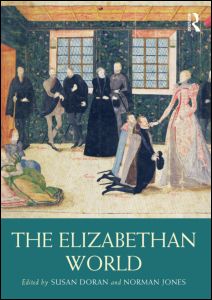 In retrospect, the Elizabethan era was portrayed as a golden age, and successes, especially in defence against foreign invaders, were often taken for granted. R. B. Wernham suggested that the reign of Henry VIII saw the final phase of England as a Continental military power (the fall of Calais in 1558 symbolised this) and a shifting of emphasis to the oceanic and worldwide role of England in the reign of Elizabeth. At the time, though, the overwhelming impression would have been of danger and the looming fear of foreign conquest. In 1558–9, France seemed to pose the greatest threat, and, after the death of Henri II in July 1559, a Franco-Scottish dynastic link seemed about to sweep Elizabeth from her throne. Pessimism reigned, and in 1558 Armagil Waad famously observed ‘warres with Fraunce and Scotland: the French King bestryding the Realm, having on foot in Callais and the other in Scotland: stedfast enmytye but no stedfast frendship abroade.’ 1 Another observer compared England in 1559 to ‘a bone thrown between two dogs’. 2 William Paget, in a note to the new queen’s most trusted adviser, William Cecil, argued that the French were England’s natural enemies, that their power was growing but that reliance on the Habsburgs was also dangerous: ‘if we take part with nether of them, they will fasten theyr Fete both of them here, and make a Pyemont of us: If we take Part with one, we our selfs shalbe afterwards made a Preye of by the Victor.’ 3 The comparison of England with lands in Italy, fought over by the great dynasties, was commonplace. The Count of Feria remarked in August 1559 that ‘Englande wold be another Millanne to sett the princes together by the eares’, while Chantonnay, Philip II’s ambassador in France, thought that ‘it wolde so cum to pass, as either we shulde be made a Piemont and be devided, or els a Milain, and so constrained to stand upon our gard untill we were weried.’ 4 The deeply traditional Nicholas Wotton thought in January 1559 that, should France and Spain make peace, ‘we wer not able long to resiste the French and the Scottes, and other whome the French wold sette in owr toppes; wherof might ensew, that the French shuld be Lords of England and Scotland to.’ 5 The chronicler John Hayward summed up the heightened uncertainty:

Every man’s mynd was then travayled with a strange confusione of conceits, all things being immoderately eyther deaded or desired. Every report was greedily both inquired and received, all truthes suspected, diverse tales beleeved, many improbable conjectures hatched and nourished. Invasione of straungers, civill dissentione, the doubtefull dispositione of the succeeding Prince, were cast in every man’s conceite as present perills; but noe man did buysy his witts in contriving remedyes. 6