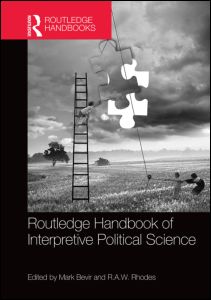 Interpretive work in international relations, or IR (I refer to the discipline as ‘international relations’, according to conventional usage, but discuss the subject matter as ‘international politics’), has a long history that stretches back to the foundations of the discipline. 1 Interpretive research is also expanding into new areas of inquiry, both substantive and conceptual, in the present. As a result, this chapter first sets out the historical roots and trajectory of interpretivist work, noting six key features that characterize the development of interpretivism in the subfield (although these features are not reflected in equal degrees in all interpretivist work), and including the kinds of methodological choices and pressures interpretivists in IR have confronted over time. Second, it organizes interpretive work around the development of IR’s major subfields: international security, international political economy, and international law and organization, locating interpretive developments in the confluence of world events (for example, World Wars I and II, the creation of global international organization, the Cold War, decolonization, the post-Cold War period) with conceptual innovations (for example, the ambiguity of the national interest, insights regarding gendered security and economic relations, the importance of the linguistic turn for international law and economic regimes), to demonstrate how and why interpretivists have engaged with particular theoretical questions and substantive issues. These strands intersect with but do not completely encompass schools of thought including classical realism and the English School (which focus on international security), feminism (which has influenced both security and political economy), constructivism (which began in international law and organization, but soon moved to other subfields of the discipline), critical IR (with origins in both security and political economy but which has also moved to law and organization), and post-structuralisms of various kinds (which have influenced all subfields of the discipline). As a result, I note the importance of these schools of thought, but do not organize the chapter around them. Third, the chapter sets forth newer areas of inquiry and discusses the conceptual and substantive issues that prompt them. In each section, the chapter situates, describes, and analyses the trajectory of selected works to draw out the critical research challenges posed by interpretive research. The third section also demonstrates how newer interpretive work can inform all subfields of the discipline and suggests paths for future research.