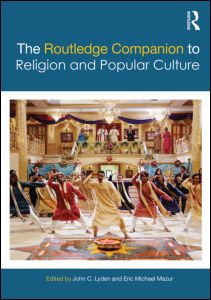 Radio is one of the most pervasive media on earth; even in the most remote and undeveloped areas of the globe can people pull down—or send out—a radio signal and connect with the human voice. Not coincidentally, radio has been a consistent platform for religious messages since regular broadcasting began just after the First World War, and although partially transformed by digital sound technologies it remains a key site for religious popular culture. Unlike print and film media, radio is constrained by the physics of the electromagnetic spectrum. Since the overall number and types of channels are therefore limited, governments express their political and cultural priorities in setting licensing standards and allocating the spectrum for broadcast use. Radio thus magnifies broader cultural tensions and struggles because people are forced to compete for access to it. Regarding radio in the United States, Michele Hilmes writes:

more than any other medium, radio seemed in its early days to lend itself to association with ideas of nation, of national identity, to “the heart and mind of America,” its “soul”—and not just in the press releases of networks and advertisers, who might be assumed to have an agenda, but in the popular press, in sermons, speeches and songs, from radio enthusiasts’ magazines to farm publications, in the opinions of factory workers and of U.S. senators.

(Hilmes 1997: 1) Michel Foucault reminds us that discourse is the mode of meaning making, enforcing and enabling some meanings and not others, especially when creating categories and definitions. Discourse is powerfully and fundamentally constructive. It literally constitutes the objects of which it speaks, thereby concealing its own genesis. Religion is, at its core, about the practices of subjectification and its cultural products aspire “to function as determinative discourses,” especially through their claims of ultimate truth. Likewise, media are more than technologies or instruments, but are in fact discursive practices situated in specific historical contexts (Hoover and Kaneva 2009: 10–13).
Cite