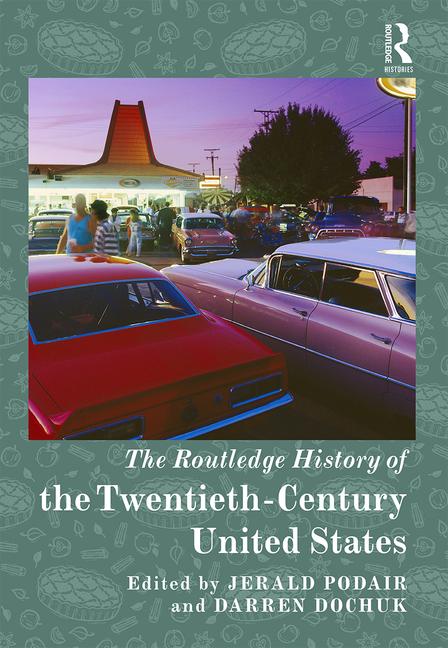 The Routledge History of the Twentieth-Century United States

Progressive Era Americans were new people, conscious of their newness: The U.S. population expanded by more than a third from 1900 to 1920, and more than half of Americans in 1915 were younger than 25 years old. The use of the word “old-fashioned” peaked in these years as Americans marked what they were not, and use of the word “modern” dramatically increased as well. Americans had a striking confidence in their ability to transcend their own traditional practices, the limitations of nature and the competing plans of other nations to become the people they chose to be, if only they could agree on what that meant. New institutions dotted the landscape: YMCAs, a proliferation of new universities, massive mills, department stores. A class of intellectuals and policymakers set out to systematically describe, then to transform and impose order on, urban landscapes, school systems, farming and industrial practices, private homes and tenements, parks and wilderness areas, and the behavior and capacities of Americans themselves. These people—academics, writers for increasingly widely circulating newspapers and magazines, politicians, policymakers and reformers—are those to which historians are usually referring when we talk about the “progressives.” Progressive-era Americans would endeavor to create a unitary national culture from a people deeply divided by class, race, gender and cultural affiliation. Through a combination of deliberate reform, cultural innovation and violent suppression of internal dissent and external competition, Americans between 1900 and 1920 laid the groundwork for an increasingly cohesive national culture and identity and for the nation’s economic, political and military might in the century to come.