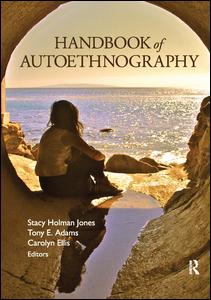 How Global is Queer?

A Co-autoethnography of Politics, Pedagogy, and Theory in Drag

{In an American voice 1 ): I'm sitting in a large, white conference room, rather nondescript like most conference rooms, but this one is different primarily because it is in Ukraine, a place I have never been and where I do not speak the language. The space is charged with apprehension and energy. The thirty people within it are scholars from all over the world and most have not met. The Ukrainian organizers have invited me and other Western 2 scholars (from Finland, Britain, the United States, and Sweden) to spend the next two weeks presenting feminist and queer theory to twenty-five scholars from post-Soviet countries (including Ukraine, Russia, Belarus, Kazakhstan, Kyrgyzstan, Albania, Armenia, and Moldova) who have had restricted access to Western theory owing to capitalism and the cost of acquiring scholarship held hostage under expensive copyright laws. I strain my seventh grade brain to recall the long-ago geography quiz that helps me visualize where these places fall on the globe. Later I reference the internet to place them all. After fifteen years in academia and having acquired tenure, I should feel well versed in the material I am about to present, but I am feeling slightly out of sorts. As a transgender-identified lesbian scholar, I write and teach about gender and the body in the United States (Crawley, 2002, 2008a, 2008b, 2009; Crawley & Broad 2008; Crawley, Foley, & Shehan, 2008). Do my identity, Western theory, and/or my understanding of gender performance make sense here? Will my arguments hold up in a non-Western context?