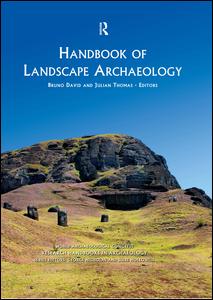 Desert Landscapes in Archaeology: A Case Study from the Negev

Authored by: Steven A. Rosen

Harsh and extreme environments by definition, deserts pose special challenges to the humans living in and passing through them. In ancient times, they constituted barriers and borders, often delineating the edges of states and culture areas and offering refuge and isolation both to marginal persons and to societies on the periphery of larger polities. Although deserts are defined environmentally, sedentary societies have reified desert peoples, on the one hand exalting the exotic, autonomous, and romantic in deserts and their societies, and on the other, fearing and reviling them for their perceived barbarity. Deserts have served as the mythological crucible for all three monotheistic religions, and the inhabitants of the deserts have been the noble savages of historical writing since early times. The challenge of a landscape archaeology of deserts is in finding a balance between the reductionism of human ecology in an extreme environment (cf. Layton and Ucko 1999) and the mythological cultural perceptions imposed by Western society (Bender 1993) on desert societies, to understand desert cultural landscapes without reducing them to mechanistic adaptations. Although aridity is the primary defining characteristic, classifications of deserts have emphasized different parameters, usually drawn from physical geography or climatology. Thus, various indices, such as those devised by Köppen, Thornthwaite, Meigs and others (see summaries in Bruins and Berliner 1998; Evenari, Shanan, and Tadmor 1982: 29–31; Spellman 2000) based on relative measures of rainfall, evaporation, and temperature, have been used both to define aridity thresholds and to categorize different types of deserts (for example, hyperarid, arid, semiarid, subhumid). Depending on the specific parameters, the total dry lands constitute up to 33% of the world’s land surface (e.g., Bruins and Berliner 1998), making the study of human exploitation of deserts an important endeavor both for understanding the past and planning for the future.

Pathways to a Panoramic Pas...