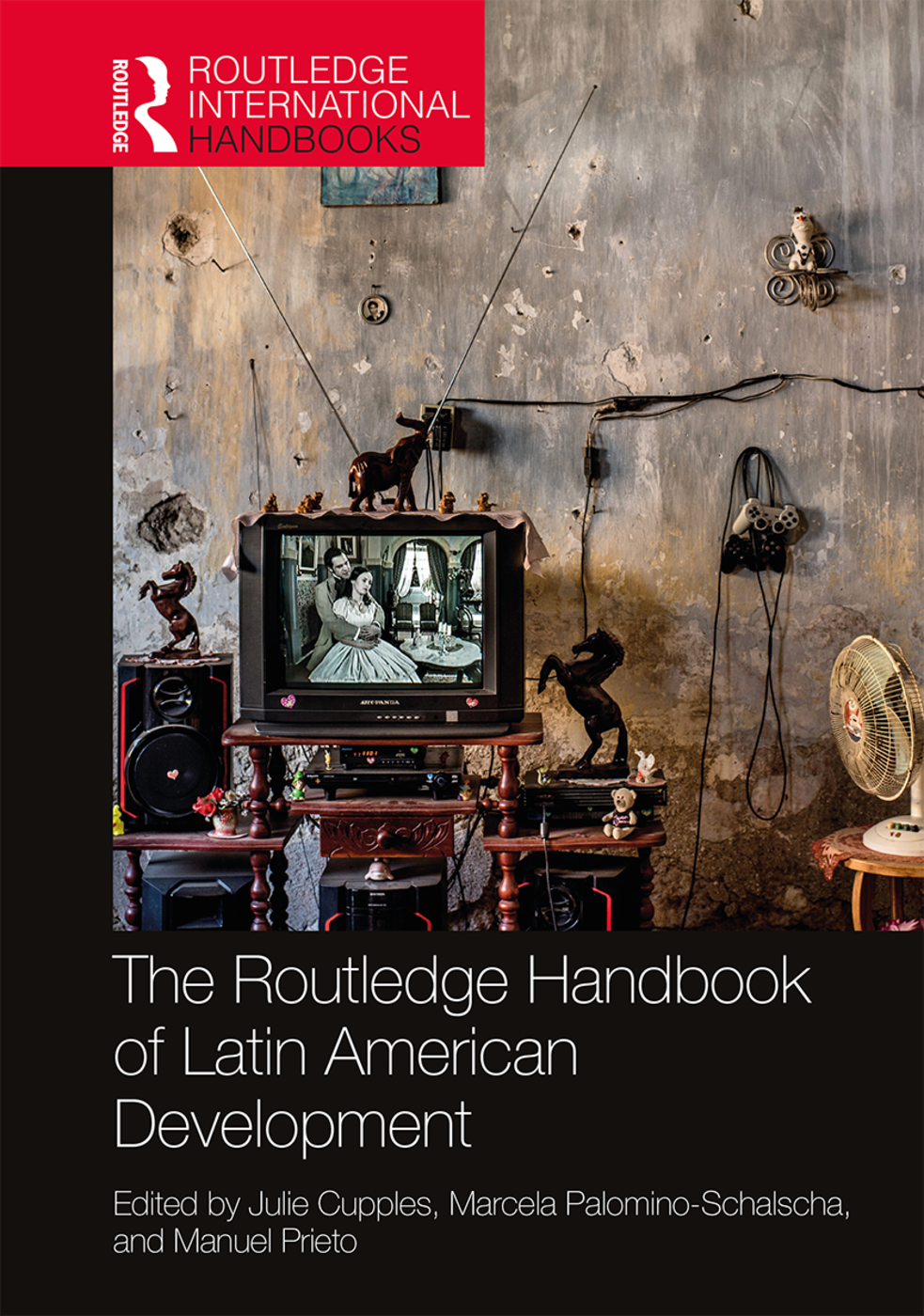 Embarking on a handbook of Latin American development at this particular moment is an ethically fraught, impossible and yet necessary task. Ethically fraught because we write in a conjuncture in which the concept of “development” is being claimed, contested, rejected, and remade in complex and contradictory ways by scholars, activists, practitioners, beneficiaries, as well as those who experience it in their everyday lives. As a result, we cannot say with any certainty whether development is good or bad and whether it is something to move beyond or something to struggle for. We also cannot definitively say what development includes and excludes. Its parameters might well include any struggle for human (and indeed nonhuman) dignity, integrity, and rights. Development is made in the boardrooms of the World Bank and in the microspaces of everyday life (Cupples, Glynn, and Larios, 2007). For some, development still means the pursuit of economic growth and this pursuit frequently results in outcomes that are not socially or environmentally sustainable. This task is also virtually impossible because we are dealing with a vast, historically complex, and heterogeneous continent that has come to be known as “Latin America” as a result of European conquest. While recognizing that this naming is a problematic geographical and colonial construction and indeed welcoming other decolonial naming strategies, such as Abya Yala, Afro-Latino-América, América and Nuestra América (see Escobar, 2018; Mignolo, 2005; Kusch, 2010[1970]); Martí, 2002[1891]), Latin America is used by convention by the region’s inhabitants and by outsiders and it is also productive of anti-colonial, decolonial, anti-capitalist, and feminist solidarities, that include the recognition of a shared history of European colonialism and conquest that has left profound political, cultural, social, economic, spiritual, and linguistic legacies that must still be confronted and negotiated in everyday and institutional spaces. Latin America mobilizes ways of knowing and produces forms of belonging that undo and transcend its violent colonial history. This book is necessary because “development” continues to be evoked by all kinds of political actors, both dominant and subordinated ones, and therefore remains central to the struggles over capital, land, resources, gender, sexuality, race, and nonhuman ontologies. As Joel Wainwright (2008: 11), drawing on Spivak’s Derridean insights, writes, development is “a site of great epistemic violence” but rejecting development is not morally possible as it remains “the hegemonic domination for our responsibility.” Wainwright (2008) describes development as an “aporia,” that is, an inevitable paradox, which exhorts us to fight for development (or in his words makes it impossible for us not to “desire” it) while keeping in view development’s violences and inadequacies. So this book is written in a spirit of responsibility towards the forms of inequality and oppressions that development has mostly failed to address, but is still called upon to do so.