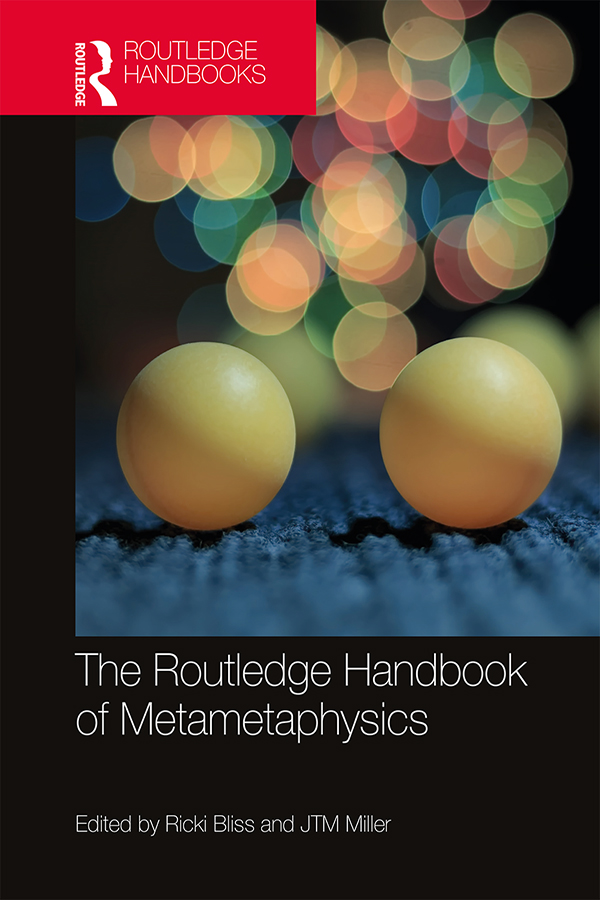 Metametaphysics in Plato and Aristotle

The Routledge Handbook of Metametaphysics

I argue that, in at least one important juncture in their work, both Plato (in Sophist 242c ff.) and Aristotle (in Metaphysics IV. 1–2) argue that: in order properly to consider the question, ‘What is there?’, we need to consider the question, ‘What does “to be” mean?’ However, I argue that, unlike typical modern metametaphysicians, neither Plato nor Aristotle think that the question ‘What does “to be” mean?’ is prior to, or foundational of, the question, ‘What is there?’ In regard to Plato’s Sophist, I argue that the need to consider this semantic question is rooted in aporiai about the use of the verb “to be” in theories about what there is; and the answer to the semantic question is not independent of considerations about what there is and what it is for something to be. In regard to Aristotle’s Metaphysics, the apparently semantic claim, at the opening of IV. 2, that “to be” is said in many ways, has indeed been taken by critics to imply that a semantic premise is foundational of Aristotle’s metaphysics. But I argue that this is a mistake. Aristotle’s use of the semantic premise would indeed show this, only if: first, the question ‘What is there?’ was first raised at the opening of book IV; and, second, the semantic premise was the sole basis for the introduction of the notion of primary being (ousia, protē ousia) in IV. 2. But both these suppositions are, I argue, mistaken.