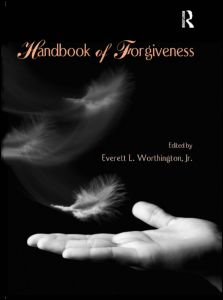 Constructive Rather Than Harmful Forgiveness, Reconciliation, and Ways to Promote Them After Genocide and Mass Killing

There is little empirical research or theory on forgiveness after intense violence between groups or between individuals who have harmed each other acting as members of their groups (but see Byrne, 2003a, 2003b; Hewstone et al., in press; Quinn, 2003; Staub, 2004; Staub & Pearlman, 2001, 2004; Staub, Pearlman, Gubin, & Hagengimana, in press; Worthington, 2001). In considering forgiveness after genocide or mass killing, I will draw on our work in Rwanda. That work involved both formal research and observations in the course of a series of interventions between 1998 and 2004 that aimed to promote healing, reconciliation, and forgiveness in the aftermath of the 1994 genocide (Staub, 2000, 2004; Staub & Pearlman, 2001, 2004; Staub, Pearlman, & Miller, 2003; Staub et al., in press). In that genocide, the majority Hutus killed about 700,000 Tutsis and about 50,000 Hutus because they saw them as opposing the genocide, as political enemies, or for other reasons. The killings were done by part of the army, by paramilitary groups composed of young men, and by neighbors. In some mixed families, even relatives participated (Des Forges, 1999; Mamdani, 2002; Prunier, 1995). Obviously, forgiveness after such violence is intensely difficult. What kind of forgiveness is “constructive” versus potentially harmful after a genocide? What avenues or practices promote it?