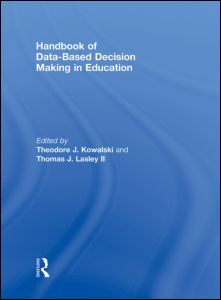 The gap between the researcher’s world and the practitioner’s world has long been recognized: research literature is generally not part of a practitioner’s library (Huberman, 1990). One of the effects of this is that actions by decision makers and practitioners are unlikely to be informed by research, and dissemination of research information and knowledge is problematic (Hillage, Pearson, & Tamkin, 1998). The need for practitioners to utilize the findings from research as a basis for decision making is not just an issue for schools, but is a compelling idea for the workplace as a whole (Davies & Nutley, 2002; Gruber & Niles, 1973; Huberman, 1990; Kelemen & Bansal, 2002; Percy-Smith, 2005; Sutton, 2004; Walter, Nutley, & Davies, 2003a, 2003b; Weiss, 1979). Many studies have explored how and why new ideas and practices are adopted (Sturdy, 2004) in an attempt to discover how practitioners and managers could be encouraged to use research to support their decision making (Hemsley-Brown, 2004) and to increase the performance of schools (Hemsley-Brown & Sharp, 2003). The increasing interest in utilizing research findings for improving schools and providing evidence for management decision making is an important response to the rapid pace of change, the availability of electronic data, and the considerable pressure to improve increasingly complex organizations. Successful and continuous improvement depends less on who has the information and increasingly on those able to make the best use of that information (Hemsley-Brown, 2004; Moorman, Zaltman, & Deshpande, 1992). However, much of the knowledge generated by research fails to impact on a practitioner audience and although some research focuses on facilitating the utilization of research, much research effort has been devoted to explaining and justifying the gaps—the research–practice gap (Bero et al., 1998; Boostrom, Hansen, & Jackson, 1993; Huff & Huff, 2001; Johnson, 2000; Kelemen & Bansal, 2002; Klein, 1995).