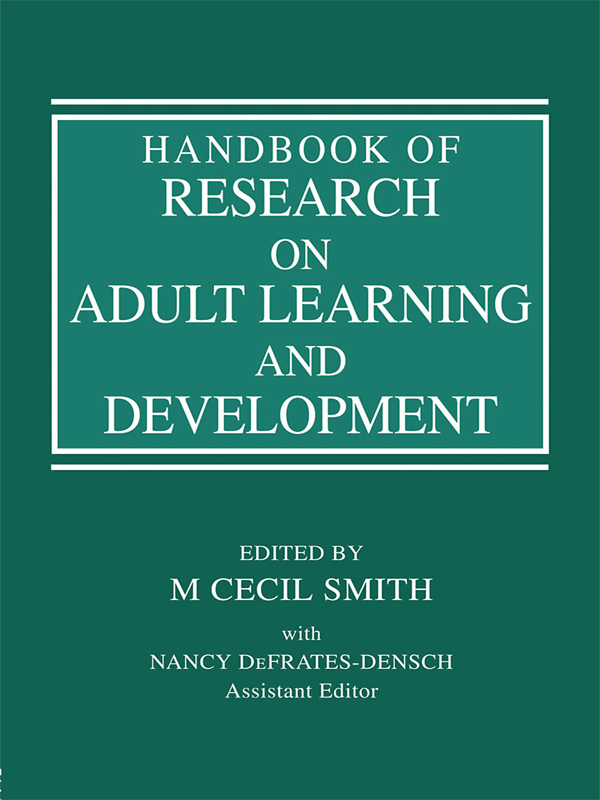 Epistemological, Intrapersonal, and Interpersonal Development in the College Years and Young Adulthood

Handbook of Research on Adult Learning and Development

One of the hallmarks of young adulthood is shifting from a life guided by adult authorities to guiding one’s adult life. On the surface, this task appears to be one of gaining employment, living independently and entering into adult relationships. However, as Robert Kegan (1994) persuasively articulated, there are mental demands of adult life underlying these tangible tasks. Whether at work, school, or home, Kegan argued that adults are expected to be self-initiating, guided by their own visions, responsible for their experience, and able to bring these capacities into interdependent relations with diverse others (pp. 302–303). Taking responsibility for one’s life is a complex and challenging experience that involves, among other things, realizing your role in composing reality, making meaning for yourself instead of accepting meaning others make for you, sorting out who you are (e.g., complex social identities), what you believe, and how you want to relate to others. Jordana, a 19-year-old Latina college sophomore, described a crucial aspect of this shift:

Normal makes me angry a little bit. Because it’s what I’ve been trying to reach, and I couldn’t reach it, you know? And it was a liberation when I realized, there is no normal! And then you come to realize everybody doesn’t know that! Evidently I know it, but not everybody knows it, and now I have to go and convince the world that there is no normal, and that’s really difficult. Especially when they think they’re normal or something. (Abes & Jones, 2004, p. 622)

Although Jordana shares this perspective in the course of exploring her lesbian identity, she could be speaking for the multitude of young adults who struggle with the discovery that what they’ve been taught is “normal” is not the only perspective (or truth) from which to approach adult life. Whether it is racial, ethnic, gender, class or sexual orientation stereotypes, religious or secular values, or career expectations, young adults discover that adults around them composed these “normals” and they can recompose them to define themselves. Like Jordana, they experience the tension between liberation from external forces, the pressure of responsibility to define a new normal for themselves, and the nagging desire to be “normal.”
Cite

Challenges for the Current ...