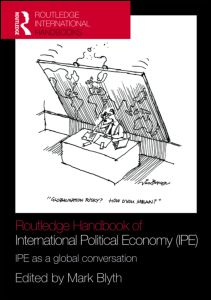 In what promises to be an influential anthology of the discipline of international political economy, Benjamin Cohen identifies two competing perspectives, or schools of IPE: the American and the British (Cohen 2008c; and in this volume, Chapter 1). Interestingly, perhaps the most significant difference between the two schools for Cohen comes down to their divergent perspective on theory and theory construction. The American school of IPE is closely associated with American political science and as such is often regarded (usually critically) as sharing that discipline’s inclination toward positivist empiricism. American IPE has a clear and unambiguous concept of theory construction as an accumulated process of knowledge. It thus imports the rather optimistic notion at the heart of any conventional scientific endeavor, that knowledge is incremental and slowly but surely approximates some universal truth. In Cohen’s words:

In the “American school,” priority is given to scientific method—what might be called a pure or hard science model. Analysis is based on the twin principles of positivism and empiricism, which hold that knowledge is best accumulated through an appeal to objective observation and systematic testing.

(2008c: 7) The British school, by contrast, is far more eclectic, critical, and passionate. Cohen is rather fond of this strand of IPE because it never forgets the big questions. But, he adds, “The British school may be fairly criticized for its less rigorous approach to theory building and testing, which makes generalization difficult and accumulation of knowledge virtually impossible” (2008c: 16). Cohen’s suggestion that British school IPE lacks rigor is perhaps borne out by the recent experiences even of some of its members. One of the more innovative contemporary thinkers in this tradition, Jonathan Nitzan, recalls an encounter he had at one Marxist conference:

I criticized one of the presenters on my panel for dealing with pseudo-facts. She provided a theory for why neoliberalism has made the world more unstable yet without first demonstrating that the world indeed has grown more unstable, or at least that our senses tell us that it has. I used several charts with fairly simple indicators for unemployment, growth rates, and the stock market to show that the neoliberal period of the 1980s and 1990s was neither more nor less unstable than the earlier postwar years. My statistical intervention was not challenged. Instead, it was deemed irrelevant: “What are facts?!” lashed back the flabbergasted theorist (yes, in these very words). Facts were time consuming, problematic, and ambiguous. Worse still, they were merely “constructed” by rulers to impose their power, so why bother?

(Nitzan and Bichler 2006: 3) One of us (Palan) had a similar encounter at another conference where members of the panel were discussing the merits of constructivism. When they were challenged over their rather cavalier application of Lacanian and other psychological theories of the subject to such psyche-free entities as states, the brusque response was that such questions were out of order. “Constructivism,” the discussant on that panel insisted “was whatever you wanted it to be.” It is this kind of anything-goes approach that has, in our view, done much to undermine the credibility of the British school. This rather facile adoption of extreme relativism (in the name of anti-essentialism) leads to much critical theoretical work being dismissed—often with ample justification—for its obscurantism, indeterminacy, voluntaristic idealism and/or ahistoricism.
Cite