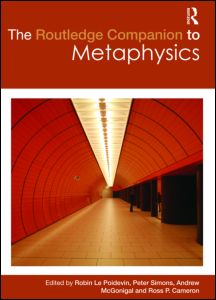 The Routledge Companion to Metaphysics

If one takes Abelard’s attack on William of Champeaux to begin the great debate over the existence and nature of universals in the medieval period, then the debate began as one about individuation and the existence and nature of particulars (Abelard 1974: 58–61). Taking universal natures – species and genera – for granted, William faced the problem of accounting for the difference between two individuals, Plato and Socrates, of the same species, humanity. He did so, according to Abelard’s account, by appealing to the different accidents of the particulars (Abelard 1994: 29–33). Socrates and Plato were held to differ in nonessential features like being snub-nosed, bald, short, etc. For what William seems to have claimed is that Socrates was to be construed – analyzed, as when one speaks of an ontological analysis – as being a complex of a nature, humanity, and various accidents, while Plato was another such complex involving the same nature but different accidents. It was as if the subject of the predication was the nature, qualified by accidents. This way of thinking apparently followed the construal of a genus, animal, as a substance or material (matter) modified by a differentiating form, rationality (and mortality), to yield the species, man (humanity). Man was thus defined as (or identified with) rational animal. William’s purported Platonic realism was seen taking such a universal nature, common to Socrates, Plato and other humans, to exist and to be the material substance of such particulars.