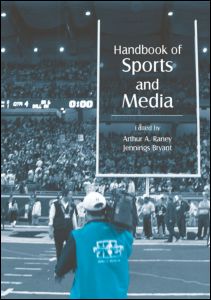 Sport, the Media, and the Construction of Race

Handbook of Sports and Media

Race has been one of the most productive, and indeed important, areas of inquiry for those interested in the critical analyses of the relationship between sport and the mass media (Birrell & McDonald, 2000; Bruce, 2004; Davis & Harris, 1998; McDonald & Birrell, 1999). Given that, as a major public arena, sport, and mediasport (Wenner, 1998) in particular, is a key site of contemporary corporeal display and consequently racial signification, this is perhaps hardly surprising. Indeed, Denzin (1996) argued that mediated sport is perhaps "the most significant feature" (p. 319) of a contemporary racial order in which race is increasingly understood through media representation. Its cultural import therefore means that the politics of racial presence and absence, as played out in the realm of the sport media, have wider implications for the reproduction and reinforcement of racial hierarchies and the patterns of identification this may generate. That is, mass-mediated sport is a site where ideologies of race (and racism) are both constructed and negotiated and thus acts as an important "signifier for wider questions about identity within racially demarcated societies" (Carrington, 2001/2002, p. 94). Further, the central role of mediated sports within the mass-media entertainment complex means that athletes, and athletes of color in particular, are increasingly important actors in the construction and reproduction of racial or ethnic identity. How athletes of color are represented in the sports media, or whether they are even represented at all, and the power of the sport media "in confirming and reconstructing images that are congruent with hegemonic discourses about social group relations" (van Sterkenburg & Knoppers, 2004, p. 302), would thus seem to wholly justify the critical scholarly attention that the race-media-sport nexus has garnered.