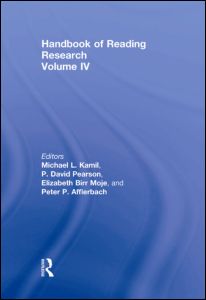 The Role of Culture in Literacy, Learning, and Teaching

Social efficiency as an educational purpose should mean cultivation of power to join freely and fully in shared and common activities. This is impossible without culture, while it brings a reward in culture, because one cannot share in intercourse with others without learning—without getting a broader point of view and perceiving things of which one would otherwise be ignorant.

John Dewey, Democracy and Education (1916, p. 122) In 2007, the U.S. Census Bureau reported that the number of people from ethnic or racial minorities in the United States had risen to more than 100 million, or around one-third of the population. The Hispanic population, now 44.3 million, was the fastest growing, at a rate of 3.4% between July 2005 and July 2006, and Asians were the second fastest-growing minority group at a rate of 3.2%, with their numbers standing at 14.9 million (Reuters, 2007). The growth in ethnic minorities has drastically changed the student compositions in U.S. schools. According to Myer, Madden, and McGrath (2005), from 1990 to 2001, the linguistically and culturally diverse student population has grown approximately 105%, whereas the general school population has grown only 12% (Meyer, 2004). There were approximately 1.3 million language minority or LEP (limited English proficient) students in 1990, accounting for approximately 3% of the school student population (Anstrom 1996). By 2004, this number had risen to 11%. It is projected that by 2015 about 30% of the school-aged population in the United States will be language minorities (Francis, M. Rivera, Lesaux, Kieffer, & H. Rivera, 2006).
Cite

Researching the Teaching of...

The Development of Comprehe...