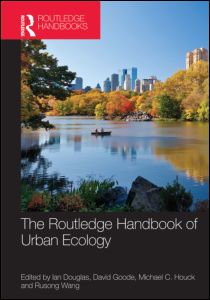 The Routledge Handbook of Urban Ecology

The circulation of water in the city involves two interlinked systems: the people-modified hydrological cycle and the people-created artificial supply and waste-water disposal system. The natural circulation of water is modified by the nature of the urban surface, with large impermeable areas that encourage rapid runoff and decrease infiltration. The urban heat island and energy balance affect rain-producing mechanisms and the rate of snow-melt over and within cities. Urbanization affects stream channels and flood plains, often causing water to flow through cities at higher velocities. These hydrological effects of urbanization may be summarized under four major headings (Leopold 1968):

a change in total runoff

an alteration of peak flow characteristics

a decline in the quality of water

changes in the hydrological amenities of stream and their ecology.

To these changes to the natural hydrological system must be added the network of water collecting, treating, transmitting, regulating and distributing pipes and channels of the urban water supply system and the gutters, culverts, drains, pipes, sewers and channels of the urban waste-water disposal and stormwater drainage system. These systems abstract water from the natural hydrological cycle, deliver it to points of use, and discharge it back into other sectors of the natural hydrological cycle. The supply may be abstracted from one river basin and the same water may later, after use, be discharged into a completely different river basin, as in the case of Birmingham, England, where the water is taken from the rivers Wye and Severn which flow southwestwards to the Bristol Channel, and the waste water mainly flows into the River Tame and thus to the Trent which drains north-eastwards to the North Sea. Other supplies are drawn from ground-water aquifers, some of which are naturally draining towards rivers, such as the chalk aquifers under Paris and London. Other aquifers, such as those exploited by the Great Libyan Man-Made River to supply coastal cities as well as to irrigate crops (Gijbsers and Loucks 1999), contain fossil water that once abstracted is not likely to be replaced by infiltrating rainwater. Waste water from all ground water sources is discharged into surface watercourses, unless it is used, after treatment, to replenish shallow aquifers. Inevitably, some the groundwater used for irrigation or watering urban gardens is lost back to the atmosphere by evapotranspiration. Thus the overall urban water balance is highly complex, yet absolutely vital for the whole urban ecosystem. In some cases, the waste water is discharged into a different river basin from that from which it is derived. Chicago, Illinois, actually reversed the flow of the Chicago River in order to protect its drinking water in Lake Michigan, thus diverting the polluted Chicago River south into the Mississippi basin, so that others would have to live with the problem.
Cite

The analysis of cities as e...