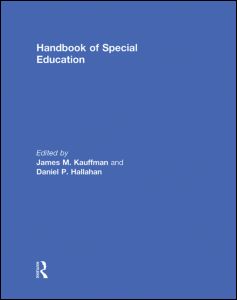 The standards-based reform movement has led to increased use of large-scale assessments to assess students’ and schools’ performance. Although students with disabilities have historically been excluded from large-scale testing (Elliott, Erickson, Thurlow, & Shriner, 2000; Ysseldyke & Thurlow, 1994), legislation (e.g., No Child Left Behind [NCLB], Individuals with Disabilities Education Act [IDEA]) aims to increase the participation of students with disabilities in these assessments. Associated reform efforts have fueled much of the debate among stakeholders. Proponents of including students with disabilities in accountability systems purport a host of positive outcomes, including improved student achievement, more access to the general education curriculum, higher expectations, and higher-quality instruction (Fuchs & Fuchs, 2001; McDonnell, McLaughlin, & Morrison, 1997; Ysseldyke et al., 2004). Critics, on the other hand, contend that including students with disabilities may result in a narrowing of the curriculum and instruction to focus on the specific learning outcomes assessed in state tests, teaching to tests, using test preparation materials that are closely linked to the assessment without making changes to the curriculum (Thurlow & Johnson, 2000), and undermining the motivation of students already struggling (Clarke et al., 2003; Roderick & Engel, 2001). Although these consequences certainly affect all students, students with disabilities in particular are significantly affected by high stakes testing programs.

A History of Special Educat...