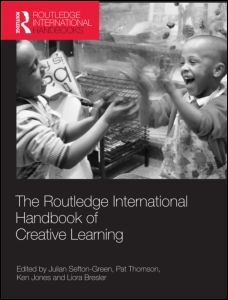 Models of creativity in contemporary visual arts education reflect changes in modern and contemporary aesthetic theory, while at the same time remaining consistent with the tradition in the United States, at least, of an economic justification for art education dating back to the nineteenth century Massachusetts Drawing Act (Efland, 1990), and manifested currently in the call for twenty-first century learning skills to prepare workers for today’s “creative industries” (Matheson, 2006; Pink, 2006). To put contemporary models into historical perspective, and to emphasize the relationship between contemporary art practice and aesthetics and art education curriculum in the United States, this chapter will begin with a brief overview of trends in twentieth century conceptions of creativity in visual arts education, starting with a discussion of Viktor Lowenfeld. Lowenfeld’s (1947) conception of creativity as focused on the individual’s self-expression and reflecting modernist art and aesthetic theories had a powerful influence on K-12 art education for over 40 years in the United States. I will then address postmodern aesthetic theories, such as Dickie’s (1974) institutional theory of contemporary art, the social activist trend in contemporary art reflected in Suzi Gablik’s (1991) call for a reenchantment of art, embodiment theory (e.g. Haworth, 1997), and Nicolas Bourriaud’s (2002) relational aesthetics, and how they relate to a systems model of creativity, as in Csikszentmihalyi’s (1988, 1999) domain theory. I will discuss how these contemporary models of creativity are reflected in K-12 art education in the United States through a selected review of literature since 1990, focusing on social reconstructionist curricular approaches, including Visual Culture Art Education (Freedman, 2003; Freedman and Stuhr, 2004), art for life (Anderson and Milbrandt, 2005), and ecological art education (Gradle, 2007; Graham, 2007), as well as embodiment and art education (e.g. Bresler, 2004), and creativity through interdisciplinary curriculum (e.g. Parsons, 2004). I will conclude the chapter by noting the tension between a market-driven valuing of creativity in some national educational policy with the contemporary social reconstructionist aims of art education curriculum theory.

English for an era of insta...

Ways of knowing and teaching