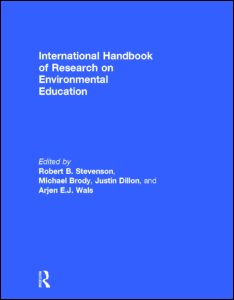 An Overview of Environmental Education Curriculum and Learning Research

The seventeenth to twentieth centuries were characterized by the rise of modernity, industrial societies, and the expansion of colonial intrusions. The associated modern education project was oriented primarily to the development of scientifc, linguistic, and technical capabilities necessary for establishing, maintaining and expanding production systems, resource fows, economies of scale, modern life styles, and competitive capital advantage. Formal education institutions were expanded by nation states to carry this agenda forward. Early curriculum and learning practices were transmission oriented, and structural functionalist in nature. These approaches were valorized by educational theorists such as Tyler (1950) and Popham (1972), who proposed objectives-driven approaches to curriculum. In the latter parts of the twentieth century, this education project was critiqued for its behaviorist and deterministic character, coming under fre for creating, maintaining and exacerbating exclusions, and narrowing learning possibilities. Indeed, learner-focused and social reconstructionist approaches, respectively based upon based upon Rousseauan and Dewian ideals existed as counter discourses of education. Despite this contestation, Bernstein (1996) and other curriculum theorists have shown that this “performance model” retains its status as the dominant curriculum and learning model in education systems. The performance model “… clearly emphasizes marked subject boundaries, traditional forms of knowledge, explicit realization and recognition rules and the designation and establishment of strong boundaries between different types of students” (Scott, 2008, p. 4). Within this structural frame, it is, and has been, diffcult to insert new curriculum innovations such as environmental education (Stevenson, 2007).