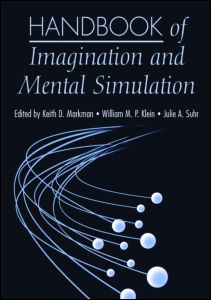 Making It Up and Making Do: Simulation, Imagination, and Empathic Accuracy

Handbook of Imagination and Mental Simulation

How many times have you had a conversation with someone, only to ask yourself as you were leaving, “What was she thinking?!” Researchers have also asked this question, and the last 20 years in particular have produced active attempts to identify why some people are better at understanding another person's thoughts and feelings than others. Over time, many terms have been used to describe this ability, such as social insight (Chapin, 1942), cognitive role-taking (Eisenberg, 1986), accurate empathy (Ickes, 1993), everyday mindreading (Ickes, 2003), and simply “empathy” itself (see also Batson, Chapter 18, this volume). However, most recently researchers have gravitated toward the term empathic accuracy, which is defined as one's ability to accurately infer the specific content of another person's covert thoughts and feelings (Ickes, 1993). Empathic accuracy is a diabolically difficult task, in large part because one never has direct, access to the contents of another person's mind. One cannot “peer” into a friend's head and understand all of his thoughts and feelings. The friend's mind—like the mind of every other person in this world—is simply not available for direct “download” (a modern metaphor for the ancient “other minds” problem). Invariably, mental contents are interpreted, translated, converted, degraded, and otherwise changed during the inference process.