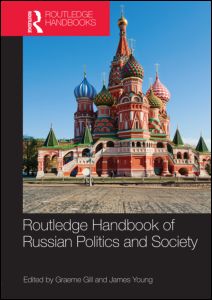 The Russo-Chechen conflict was a contingent development from the collapse of the Soviet Union, and the resulting wars were comparable in their intensity, destructiveness, and casualties to those of Bosnia and Tajikistan. The conflict began after the failure of the August 1991 putsch with a Chechen nationalist mobilisation for secession under former Soviet Air Force commander Dzhokhar Dudaev, who was elected president in late 1991. A failure to achieve a negotiated solution in 1991–94 which would have kept Chechnya within the Russian Federation led to Russian military intervention in December 1994. The war of 1994–96, followed by a second war in 1999–2003, caused widespread destruction to Chechnya’s modern infrastructure, the displacement of several hundred thousand civilians into camps in neighbouring Ingushetiya, and many tens of thousands of dead and injured. The obliteration of the capital of Chechnya, Grozny, by Russian carpet bombing and shelling became one of the iconic images of post-communist conflicts. After Dudaev’s death in a Russian missile strike in April 1996, he was succeeded as president by his close associate, former nationalist turned Islamist Zelimkhan Yandarbiev, while former Soviet artillery colonel Aslan Maskhadov became commander of Chechen forces. They struggled to maintain a coherent united front against Russia due to the increasing influence of Islamist jihadist ideology and the growing presence of foreign jihadis operating under Al Qaeda. The jihadi influence was most pervasive over the forces of Shamil Basaev, a leading Chechen field commander. The conflict has also involved some of the most costly and shocking acts of terrorism in recent times, largely, but not solely, orchestrated by Basaev’s Al Qaeda-affiliated group of fighters. A Russian military defeat in the summer of 1996 was only avoided by the negotiation of a truce – the Khasaviurt Agreement – between Russian vice-president Alexander Lebed and Maskhadov. The Khasaviurt Agreement provided for the de facto independence of Chechnya, while postponing a final decision on de jure independence for five years. Maskhadov was democratically elected president of Chechnya in January 1997 and signed a formal peace treaty with Russian president Yeltsin in May 1997. Maskhadov, however, proved incapable of restoring political order internally or securing external legitimacy for the new state. Russia blockaded Chechnya, and failed to provide the reconstruction aid promised in the treaty, while Western powers muted their criticism of Russian excesses in Chechnya, preferring to support Yeltsin. The isolation of the Maskhadov government led to growing post-war lawlessness, kidnapping and warlordism in Chechnya, forcing Maskhadov into an increasing co-option of Islamists and the introduction of shari’ia as a means of achieving greater legitimacy and control. His inability to contain the jihadi element in the Chechen resistance under Basaev was demonstrated in August 1999, when Basaev led an armed incursion supported by the Al Qaeda commander Khattab into the Russian Federation, attacking former Chechen territory in Dagestan. The incursion provided a casus belli for renewed military intervention by Russia. The second Russo-Chechen war 1999–2003 was used as a pretext by then virtually unknown prime minister, former KGB colonel Vladimir Putin, to bolster his authority within Russian politics as Yeltsin’s chosen successor for the presidency. Calling the invasion a “counter-terrorist operation”, he unleashed the Russian military in an even more unconstrained fashion than had been the case in the first war. Loosely copying NATO tactics in the Kosovo war of 1999 of relying on distant bombing, his bloody hammering of Chechen forces, regardless of the cost in civilian casualties and further material damage to Chechnya, proved extremely popular with Russian voters and Putin easily won the presidential election in March 2000.