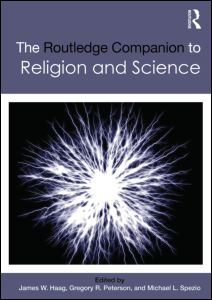 The Routledge Companion to Religion and Science

Unlike discussions regarding the origin of the world (cosmogony) [Sanskrit = jagad-utpatti] or the metaphysical nature of the world (cosmology) [Sanskrit = bhuvana-jnana] in Jewish, Christian, and Islamic traditions that focus on God as a creator ex nihilo, Hindu discussions are interestingly different. God is never a creator ex nihilo in South Asian thought (whether Hindu, Buddhist, or Jaina), but nevertheless God (Ishvara) or the Absolute (Brahman) – or, if one prefers, any of the proper conventional names such as Brahma, Vishnu, Shiva, Krishna, and so forth – plays a crucial role in what might be called “enabling” the world to unfold and take shape. This is the case in terms of the various conceptualizations of space, time, and deity in Hindu thought. The term “various,” however, is important here. From the earliest periods for which we have textual or archaeological evidence, for example the Vedic and Upanishadic period, the epic period, and so forth, there is no single cosmogony or cosmology accepted by all developing Hindu traditions. There is, rather, a rich pluralism of tales, myths, legends, and speculations, most of which involve God (Ishvara) or the gods in one form or another, but none of which is normative for Hindu religious traditions as a whole.

Religion and Science in Chr...