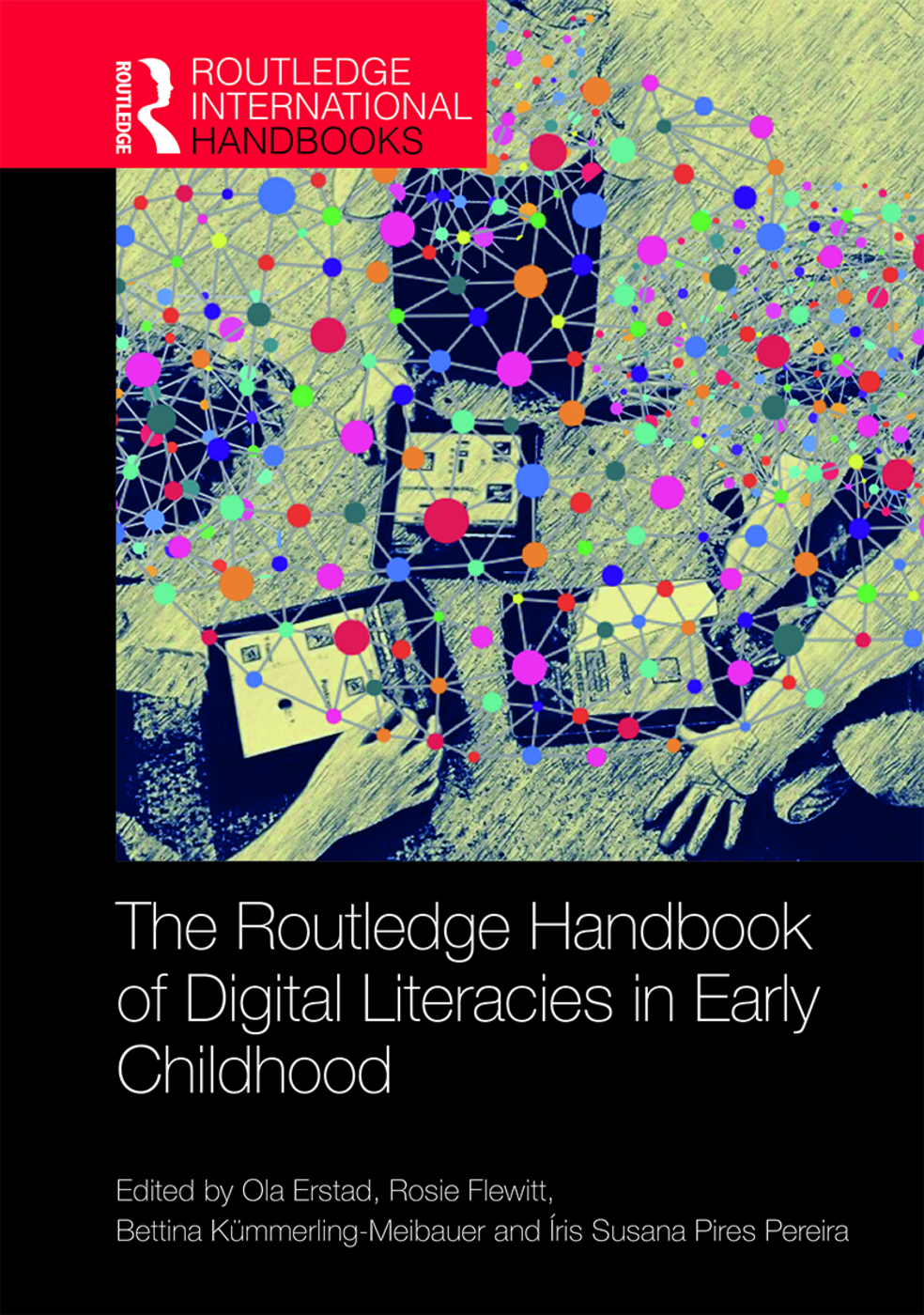 The Routledge Handbook of Digital Literacies in Early Childhood

Research on children’s engagements with digital media can sometimes assume that particular children’s uses of digital media are, in some way or other, representative of all children’s digital literacy practices, because children are, in some kind of loose way, thought of as being more the same as each other than adults are like each other. Kress (2003), in an influential example, suggested some general differences between how children write differently from adults in some key respects, thus implying a commonality among children on the one hand, and adults on the other. Where adults, he said, are more oriented toward what is ‘correct’ and see a ready-made path toward meaning-making, children are less constrained, partly because they are less informed about conventional orientations to literacy than adults, but also because they are more willing to work inventively with what is at hand. Kress suggested that children make their meanings, “governed by their interest at the moment of making the sign” (Kress 2003: 155) by drawing on available resources. While Kress acknowledged that children’s interests were undoubtedly socially shaped as well, he was most interested in processes of creative individual design, or selection of items that were used to operate as signs (including circles drawn by a pre-school child to signify a car). In contrast, however, I am more interested in the socially specific aspects of children’s digital and other meaning-making activities. The point that emerges strongly in my research is that children’s digital literacy activities respond to larger dynamics of social class, race, gender, language and place. I am particularly interested in what happens when particular digital resources, designed with certain contexts in mind, or carrying particular expectations regarding their uses, encounter complex, detailed, situated forms of life that differ in particular ways from those anticipated in the design of the multimodal digital resources. I see digital media as translocal resources that operate in local contexts and offer particular kinds of located agency and engagement to young children in ways that are tied up with where they are and who they are. Children and childhoods are not all the same (Reynolds and Orellana 2009) and digital media uses are tied up, along with other resources for performance and representation, with being human in particular ways, so that we cannot assume that these devices are the same thing or that technologies are used in the same way in different settings under different conditions. I turn now to prevalent models for studying children’s early digital literacy activities that shape my research.

Digital reading in the earl...