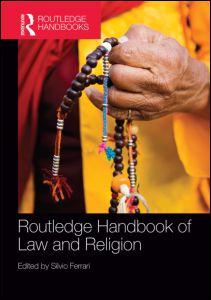 Constitutional models and the protection of religious freedom

Routledge Handbook of Law and Religion

There is a curious paradox about religious freedom: it is almost universally approved in principle but nowhere can it be claimed that it is completely realized in practice. As Malcolm Evans points out it is ‘one of the oldest and most controversial of the claims that are recognized as forming part of the corpus of human rights’ (1997: 1). After the climacteric of the Second World War the 1948 UN Universal Declaration of Human Rights had seemingly resolved the foundational issue; all members of the world body were required by Article 18 to respect ‘the right to freedom of thought, conscience and religion’. The actual adoption of the text in 1948 proved to be relatively unproblematic but this was seemingly due more to ‘a willingness to compromise, rather than a common understanding of what was embraced by such a right’ (Evans 1997: 183). However, as the number of UN member nations have risen from the original 51 to almost four times that number ‘the overwhelming majority of the world’s constitutions’ have actually come to include provisions incorporating the commitment to religious freedom in one form or another (Durham 2013: 4–5). Thus, for example, in 2011 South Sudan, the latest new member of the UN, included in its Transitional Constitution a clause that guaranteed ‘[a]ll rights and freedoms enshrined in international human right treaties, covenants and instruments ratified by the country’. And in January 2014 a Pew Research Center report was able to claim that by December 2012 only in six countries (out of the current total of 198 UN member countries) was there no legal provision for freedom of religion. 1 1

In 1948 eight states originally abstained from the General Assembly vote on the UN Declaration: six from the Soviet bloc (including Yugoslavia) plus Saudi Arabia and South Africa. By December 2012 of the original abstainers only Saudi Arabia had still not provided in its constitution for freedom of religion, although it had been joined in this by Algeria, Eritrea, the Maldives, Mauritania and Yemen. 145 of the 198 members of the UN (73 per cent) have made specific provision in their constitutions, while a further 47 (24 per cent) countries which lacked such a provision were legally ‘committed to protecting some religious practices’ (Pew 2014: 20).

This almost uniform inclusion of constitutional or other legal provisions promising religious freedom has, however, signally failed to guarantee uniform delivery.
Cite

Law, religion and the workp...

Sociology at the intersecti...