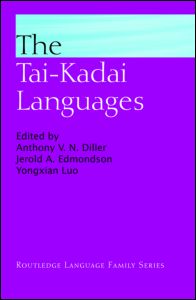 Zhuang is the language of the largest minority group in the People’s Republic of China, with approximately 18 million speakers. 1 1

The exact figure of Zhuang speakers is unknown. This figure is projected from a population growth of 16.7% for minority people in China between 1990 and 2000, according to the latest population census. In the 1990 government census, Zhuang population was 15.5 million.

The majority of Zhuang speakers live in Guangxi in Southern China, between 20° 54’ and 26° 20’ north latitude on the southeastern corner of the Yunnan-Guizhou Plateau. A small number of them are scattered in adjacent areas of Guangdong, Hunan, Guizhou and Yunnan provinces (see Map 9.1.2-1). The name Zhuang is not an indigenous cover term, but more of an administrative term, from which the province of Guangxi, the administrative area of Zhuang, acquired its name – Guangxi Zhuang Autonomous Region. Although Zhuang speakers spread all over Guangxi, the majority of them concentrate in four prefectures: Nanning, Baise, Hechi and Liuzhou along the Xi River system. A passage to Southeast Asia, the Zhuang area is also inhabited by a number of tribal groups such as the Kam, Sui, Mulao and Maonan, as well as the Miao, Yao, Lakkja, along with Hakka, Yue and many varieties of the local Chinese.
Cite