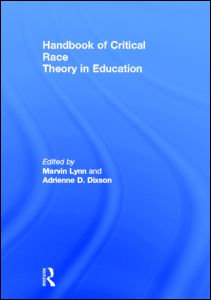 Let’s be for Real

At University Anywhere, the following exchange is unfolding between two education policy researchers—Polly C. Whitewash and B. F’Real: Whitewash:

That’s the thing with charter schools. When research shows they are more efficient and effective than traditional public schools, state policymakers will lift caps that limit their formation. They’ll flourish and so will students.

Where’s the evidence? As far as I know, many states are charter school-friendly, even though there’s little evidence that they outperform regular public schools. It seems like policymakers have their own agenda.

I hear this often. But it really comes down to data—data-driven decision making. Besides, how can anyone defend the public schools?

The public schools? For the most part, charter school operators target urban school districts. They’re not setting up shop in the suburbs. I mean, it’s mostly poor black kids who attend …

I don’t think race has anything to do with it. It just so happens that city schools are the ones in need of reform. If suburban schools were troubled, we’d see the expansion of charter options for those children, too.

I think that history is important here. On the face of it, Brown v. Board of Education was supposed to improve education for black students. Then there was foot dragging and white flight—white parents didn’t want their children in desegregated schools. It seems like the new racial remedy is charter schools, but who is running them? Many white entrepreneurs say they’re out to “help” poor kids of color, but it seems like they’re lining their own pockets while .

Again, what matters is performance data. I’m sorry to interrupt, but I have an editorial meeting for the School Reform Journal. I need to decide which manuscripts will be published in a special issue on charter schools. Then I’ve got a conference call with the Thomas B. Fordham Institute. I’ll see you later … [voice trails off]. F’Real: Why wasn’t I invited to contribute an article? The students and parents I know say that school choice isn’t working out the way that policymakers claim. Wait a minute! Did she say Fordham? Fordham spends most of its resources pushing charter schools.