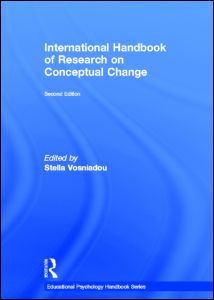 The Contextuality of Knowledge

An Intentional Approach to Meaning Making and Conceptual Change

Looking across the research on learning and conceptual change, it would probably be fair to say that there has been a tendency to adhere to what Rommetveit (1978) has called a “negative rationalism”. Such negative rationalism is characterized by a predominant focus on students’ shortcomings, difficulties and general fallibility in relation to learning tasks confronting them in various settings. At a research meeting held in Britain, Perkins (2005) used the phrase “theories of difficulty” to label and characterize a good portion of the research concerned with learning and development in educational settings. This phraseology captures fittingly the main thrust of the work carried out within the Alternative Framework Movement (Gilbert & Watts, 1983) and other research concerned with students’ cognitive development and learning: to study obstacles to student learning. As Säljö (1991a) has pointed out in his critique of constructivist research on children’s counting competencies, by adopting such a negative perspective on human learning and development we run the risk of constraining our thinking and hampering the discourse on cognition and learning:

Children (and adults) are constantly portrayed as lacking in abilities and situationally appropriate and perfectly rational modes of quantifying and handling problems … are marginalized in the experiment (or in the formal setting). Other modes of reasoning, usually academic and formally elegant, are given priority as if they were “better”, irrespective of what the actor is attempting to achieve.

(Säljö, 1991a, p. 123) This normative critique asserts that research systematically tends to underestimate the competencies of the learner. However, constructivist research programmes have also been critiqued on methodological grounds. In particular, it has been argued that knowledge should be viewed as contextualized within discursive practices and that it is misleading to describe beliefs, conceptions, or conceptual structures in isolation from such discursive practices; knowledge is always situated and so any attempt to account for an individual’s knowledge structures must take this situatedness into account (Resnick, 1991). It is difficult to raise objections against such a methodological claim. However, sometimes this critique takes the form of an ontological statement, saying that knowledge is socially constructed and transpires only in social practices (Lave, 1991). That is to argue for the social character of knowledge, for verbal communication as being a continuous process of joint construction of meanings (Marková, 1990, p. 136). From such a vantage point interviewing provides an example of such joint construction of meaning. According to Fontana and Frey (2005) interviewing is “inextricably and unavoidably historically, politically, and contextually bound” (p. 695), and is best described as a “negotiated text” (p. 716). The outcome of an interview depends as much on the interviewer as on the interviewee, and on their interaction within a socio-historical setting at a particular point in time. So, interviews are not neutral tools for collecting data but rather “active interactions between two (or more) people leading to negotiated, contextually based results” (Fontana & Frey, 2005, p. 698).
Cite