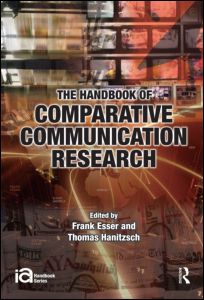 Any effort to survey the field of international health communication immediately encounters an unusual consensus: among scholars who write in English, there is agreement that any discourse considered “international,” “comparative,” or “cross-national” regarding health communication is, at best, in the formative stage. Although excellent work in health communication has been generated in specific countries and regions, and regarding certain diseases or conditions, little systematic, ongoing work has been launched to create and deploy comparative categories or systems of categories that encourage robust cross-national scholarship. To be sure, Snyder and colleagues have accomplished exceptional meta-analysis work comparing 39 health campaign effects in the U.S. across a wide range of issues and domains, yielding for reproductive health communication/modern family planning an average effect size of 7 percentage points (Snyder, 2001a, 2001b; Snyder & Hamilton, 2002; Snyder, Diop-Sidibé, & Badiane, 2003). Snyder and teammates have also expanded their meta-analyses to the international sphere, studying 72 HIV/AIDS prevention interventions over a 20-year period from 1986 to 2006 (Snyder, Johnston, Huedo-Medina, LaCroix, Smoak, & Cistulli, 2009), showing conclusively that media interventions successfully promoted condom use. Effects were greater in nations with a low human development index, and when the interventions included condom distribution, targeted commercial sex workers, sampled sexually active populations and did not include abstinence as a goal. The overall average effect size on condom use was 18 percentage points but in developing countries low on the Human Development Index, the effect size was 23 percentage points, compared to 6 percentage points in countries high on the Human Development Index. 1 Comparative analyses yield widely varying results.