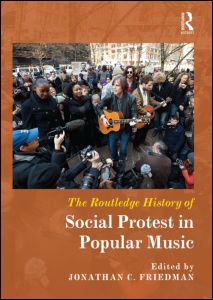 Authored by: Travis A. Jackson

The Routledge History of Social Protest in Popular Music

Since its emergence into public consciousness in the mid-1970s, punk has increasingly seemed, for self-selected and overlapping groups of scholars and fans, to be the apotheosis of protest music. In particular, those writers concerned with punk's initial manifestations in England have designated, as the targets of the musicians' protest, the pretentiousness and excesses of progressive rock, on one hand, and the depredations of 1970s working-class life, on the other. In the former case, the newer music was a generational antidote to the adaptations of European concert music, the concept albums, and the elaborate stage shows that characterized work by English groups such as Yes, Genesis, and Emerson, Lake, and Palmer. The southern English/London-based hippie subculture which nurtured this first target of punk protest primarily comprised college-educated youth from middle to upper-class families. 1 By the mid-1970s, however, whatever cozy, communal vibe had obtained at venues like The UFO Club or The Marquee in late 1960s London had given way to what some regarded as self-indulgent spectacle: rather than changing the world, those young people had merely succeeded in attracting derision and disdain. Indeed, “hippie” became perhaps the most venomous epithet writers and readers of publications like New Musical Express (NME) and Melody Maker (MM) could hurl at those they disliked. 2 This was especially true among those sympathetic to non-elite, working-class youth facing rampant unemployment and growing inequality who, the story goes, saw the lyrics, simplicity and sonic aggression of punk as outlets for their disaffection and disenfranchisement.

The Music's Not All That Ma...