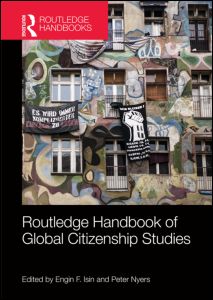 Experiences and acts of citizenship across Europe

This chapter illustrates how citizenship is being experienced and/or enacted by people across Europe who self-identify with the name Roma or who are routinely identified by others by that name. I use the term Roma not to refer to a fixed cultural identity but rather to a social position marked by a broad variety of socio-economic characteristics; for that reason the name subsumes a host of other designations. Communities who represent themselves traditionally as Sinti, Khale, Ashkali, Romungre, Gypsies, Travellers, Gens de Voyage, and so forth may not always see themselves as part of the same overarching cultural group (Liégeois and Gheorghe, 1995), but I regard their perspectives here too as ‘Romani’, because they are often conceived as such by activists as well as outsiders. The activists in question are usually organized in political and non-political Romani organizations and Roma-supporting associations and claim to speak for the broader group, primarily but not exclusively in order to defend the interests of the thus conceived group in the face of threats of marginalization and discrimination. They form a ‘movement’, not in the sense of a clearly defined and bounded collection of officially recognized organizations, but as a diverse totality of actors and activities – formal and informal – interested in defending and cultivating a shared Romani identity (Vermeersch, 2006). They interact with outsiders involved in defining the Roma – these outsiders can be (academic) researchers and experts (on their role see, e.g. Lucassen et al. (1998); van Baar (2012b) or Vermeersch (2005)), or politicians, policymakers, and civil servants responsible for promoting, designing, and implementing local, national, or European ‘Roma policies’ (Kovats, 2001; Simhandl, 2006; Vermeersch, 2013; van Baar, 2012b). Moreover, the term Roma has now also found currency among a larger public, who employ the term as a supposedly more neutral name to refer to populations formerly called ‘Gypsies’ (Petrova, 2003). That latter term is often associated by the larger public with such characteristics as a common exotic culture, non-European origins, and lack of a kin state. The complex group formation processes that ensue from all these labelling and framing efforts are further compounded by long-standing popular visions of ‘Gypsies’ as an immutable and archaic group of eternal outcasts. These images feed into severe present-day forms of hate speech and racism, and fuel extremism (Woodcock, 2007; Stewart, 2012). In other words, even those who do not see themselves as part of any collective identity group associated with the term ‘Gypsies’ are nevertheless often hated as ‘Gypsies’.

Can there be a global histo...