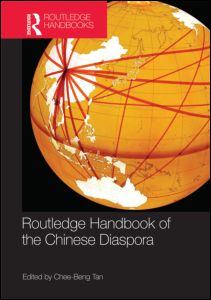 The Chinese in Russia

Routledge Handbook of the Chinese Diaspora

The history of the Chinese population in Russia dates back to the mid-nineteenth century, when several Russian–Chinese treaties demarcated the border along the Amur and Ussuri rivers, and Russia acquired the wild taiga-covered lands, populated by ethnic minorities and a modest number of Chinese people (estimated as 2–3,000) – mostly, hunters, gold diggers, ginseng hunters, and others. In the late nineteenth to early twentieth century, construction of the Trans-Siberian railroad and the fortress port of Vladivostok in the Far East attracted a massive influx of labor, mainly, the coolies from China. According to the population census of 1897, the Chinese population in Russia (including the Dungans in Central Asia) was 57,459 people, 41,112 of whom resided in the Far East and Siberia. By 1910, the number of Chinese residents in the Russian Far East, as evidenced by the local statistics, had grown to 111,466 people. By our estimates, however, the actual number was about twice that, around 200–250,000. During the First World War, about 150,000 Chinese workers were brought to Russia, and they were employed both in the Asian and European parts of the country.

The Chinese in South Asia

The Chinese in South Africa