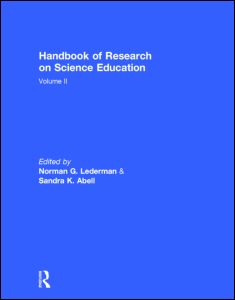 Handbook of Research on Science Education

If research literature in science education in the past three decades has taught us anything, it is that science and science teaching and learning are cultural endeavors. A few key movements in science education set the stage for its cultural turn—science and technology studies, sociocultural theories of learning, and a push for “science for all” in reform documents of the early and mid 1990s. First, science and technology studies in the 1980s and 1990s highlighted the distinctive culture of science and scientists and emphasized science as socially and culturally constructed (Collins, 1982; Latour & Woolgar, 1986; Traweek, 1988). This body of work revealed how scientific procedures and findings are produced in the course of ongoing social relationships and work activities rather than being “found” or “discovered” in nature. It also revealed that science’s fundamental practices, ways of knowing, and assumptions about the natural world are reflective of a male-dominated, Eurocentric, and middle-class context in which science practices developed (Hammond & Brandt, 2004). By identifying the values, beliefs, politics, and human relationships intertwined in the production of scientific knowledge, science and technology studies humanized science, problematizing popular perceptions of scientific knowledge as objective, neutral, and replicable, challenging the scientific method as inviolable and unbiased, and expanding the image of scientists as hyperrational, linear thinkers and usually men (Cunningham & Helms, 1998). Science educators used this work to depict science as a “foreign culture” (Aikenhead, 2006); to justify ethnographic studies of actual science practices in laboratories, classrooms, and elsewhere (Kelly, Chen, & Crawford, 1998); and to work toward new reforms of school science that emphasized its messiness, ambiguity, social embeddedness, and human nature in an effort to make it more accessible and inclusive (Cunningham & Helms, 1998).