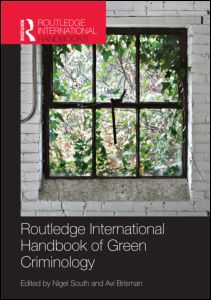 Conservation criminology and the “general accident” of climate change

In 2004, I wrote, somewhat controversially, that “the term ‘green’ should be jettisoned from criminological discourse, primarily because it does not adequately capture the inter-subjective, inter-generational, or inter-ecosystemic processes which combine to produce scenarios of harm” (Halsey 2004: 835, emphasis removed). Some years later, I am less wedded to that statement, but still think there is cause for concern around the term “green.” Major corporations from BP to Halliburton to Dow Chemicals to BHP Billiton claim the mantle “green” and yet all are centered on using the Earth in demonstrably unsustainable fashion. They have little, if anything, in common with what might be described as “legitimately” green actors (such as small-scale organic farmers or local artisans and purveyors of sustainably produced clothing, housing and medicines). Given this, a green criminology needs, at minimum, to analyze the conditions under which various bodies (people, companies, corporations, organizations, states, nations) lay claim to being “green” (see Brisman 2009). On what basis, for instance, can BP maintain that it is a good environmental citizen? 1 What are the caveats surrounding the terms “green” or “good” or “environmental citizen” in this context? What, moreover, does the machinery of marketing and “spin” within multinational structures do to the meaning(s) of “green” or “sustainability”? On the other hand, what does green signify when analyzed from the perspective of an organic vegetable gardener? Or from the viewpoint of a company specializing in rammed Earth (thermally neutral) house construction? These are issues and questions of real import since they require (or produce the opportunity for) green criminology to research the social construction and cultural effects of green credentialism. In my mind, if green criminology retreats from this task, it exposes itself to serious conceptual criticism and the possibility of brand confusion. Arguably, the green criminology of greater merit will be that which rejects the “shallow” kind of environmentalism outlined (and spurned) by Arne Naess (1973) in his seminal work nearly four decades ago.

A guide to a green criminol...