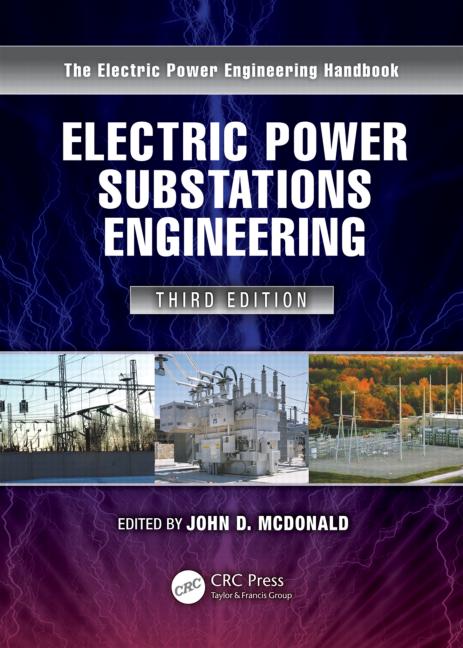 Various factors affect the reliability of an electrical substation or switchyard facility, one of which is the arrangement of switching devices and buses. The following are the six types of arrangements commonly used:

Various factors affect the reliability of an electrical substation or switchyard facility, one of which is the arrangement of switching devices and buses. The following are the six types of arrangements commonly used:

Additional parameters to be considered when evaluating the configuration of a substation or a switchyard are maintenance, operational flexibility, relay protection, cost, and also line connections to the facility. This chapter will review each of the six basic configurations and compare how the arrangement of switching devices and buses of each impacts reliability and these parameters.

This is the simplest bus arrangement, a single bus and all connections directly to one bus (Figure 3.1).

Reliability of the single bus configuration is low: even with proper relay protection, a single bus failure on the main bus or between the main bus and circuit breakers will cause an outage of the entire facility.

With respect to maintenance of switching devices, an outage of the line they are connected to is required. Furthermore, for a bus outage the entire facility must be de-energized. This requires standby generation or switching loads to adjacent substations, if available, to minimize outages of loads supplied from this type of facility.

Cost of a single bus arrangement is relatively low, but also is the operational flexibility; for example, transfer of loads from one circuit to another would require additional switching devices outside the substation.

Line connections to a single bus arrangement are normally straight forward, since all lines are connected to the same main bus. Therefore, lines can be connected on the main bus in areas closest to the direction of the departing line, thus mitigating lines crossing outside the substation.

Due to the low reliability, significant efforts when performing maintenance, and low operational flexibility, application of the single bus configuration should be limited to facilities with low load levels and low availability requirements.

Since single bus arrangement is normally just the initial stage of a substation development, when laying out the substation a designer should consider the ultimate configuration of the substation, such as where future supply lines, transformers, and bus sections will be added. As loads increase, substation reliability and operational abilities can be improved with step additions to the facility, for example, a bus tie breaker to minimize load dropped due to bus outages.

With two breakers and two buses per circuit, a single bus failure can be isolated without interrupting any circuits or loads. Furthermore, a circuit failure of one circuit will not interrupt other circuits or buses. Therefore, reliability of this arrangement is extremely high.

Obviously, with double the amount of switching devices and buses, cost will be substantially increased relative to other more simple bus configurations. In addition, relaying is more complicated and more land is required, especially for low-profile substation configurations.

External line connections to a double breaker–double bus substation normally do not cause conflicts with each other, but may require substantial land area adjacent to the facility as this type of station expands.

This arrangement allows for operational flexibility; certain lines could be fed from one bus section by switching existing devices.

The main and transfer bus configuration connects all circuits between the main bus and a transfer bus (sometimes referred to as an inspection bus). Some arrangements include a bus tie breaker and others simply utilize switches for the tie between the two buses (Figure 3.3).

This configuration is similar to the single bus arrangement; in that during normal operations, all circuits are connected to the main bus. So the operating reliability is low; a main bus fault will de-energize all circuits.

Connections of lines to the station should not be very complicated. If a bus tie breaker is not installed, consideration as to normal line loading is important for transfers during maintenance. If lines are normally operated at or close to their capability, loads will need to be transferred or temporary generators provided similar to the single bus arrangement maintenance scenario.

The main and transfer bus arrangement is an initial stage configuration, since a single main bus failure can cause an outage of the entire station. As load levels at the station rise, consideration of a main bus tie breaker should be made to minimize the amount of load dropped for a single contingency.

Another operational capability of this configuration is that the main bus can be taken out-of-service without an outage to the circuits by supplying from the transfer bus, but obviously, relay protection (recloser or fuse) immediately outside the substation should be considered to minimize faults on any of the line circuit from causing station outages.

Application of this type of configuration should be limited to low reliability requirement situations.

The double bus–single breaker arrangement connects each circuit to two buses, and there is a tie breaker between the buses. With the tie breaker operated normally closed, it allows each circuit to be supplied from either bus via its switches. Thus providing increased operating flexibility and improved reliability. For example, a fault on one bus will not impact the other bus. Operating the bus tie breaker normally open eliminates the advantages of the system and changes the configuration to a two single bus arrangement (Figure 3.4).

Relay protection for this arrangement will be complex with the flexibility of transferring each circuit to either bus. Operating procedures would need to be detailed to allow for various operating arrangements, with checks to ensure the in-service arrangements are correct. A bus tie breaker failure will cause an outage of the entire station.

The double bus–single breaker arrangement with two buses and a tie breaker provides for some ease in maintenance, especially for bus maintenance, but maintenance of the line circuit breakers would still require switching and outages as described above for the single bus arrangement circuits.

Application of this arrangement is best suited where load transfer and improved operating reliability are important. Though adding a transfer bus to improve maintenance could be considered, it would involve additional area and switching devices, which could increase the cost of the station.

As the name implies, all breakers are arranged in a ring with circuits connected between two breakers. From a reliability standpoint, this arrangement affords increased reliability to the circuits, since with properly operating relay protection, a fault on one bus section will only interrupt the circuit on that bus section and a fault on a circuit will not affect any other device (Figure 3.5).

Protective relaying for a ring bus will involve more complicated design and, potentially, more relays to protect a single circuit. Keep in mind that bus and switching devices in a ring bus must all have the same ampacity, since current flow will change depending on the switching device’s operating position.

From a maintenance point of view, the ring bus provides good flexibility. A breaker can be maintained without transferring or dropping load, since one of the two breakers can remain in-service and provide line protection while the other is being maintained.

Similarly, operating a ring bus facility gives the operator good flexibility since one circuit or bus section can be isolated without impacting the loads on another circuit.

Cost of the ring bus arrangement can be more expensive than a single bus, main bus and transfer, and the double bus–single breaker schemes since two breakers are required for each circuit, even though one is shared.

The ring bus arrangement is applicable to loads where reliability and availability of the circuit is a high priority. There are some disadvantages of this arrangement: (a) a “stuck breaker” event could cause an outage of the entire substation depending on the number of breakers in the ring, (b) expansion of the ring bus configuration can be limited due to the number of circuits that are physically feasible in this arrangement, and (c) circuits into a ring bus to maintain a reliable configuration can cause extensive bus and line work. For example, to ensure service reliability, a source circuit and a load circuit should always be next to one another. Two source circuits adjacent to each other in a stuck breaker event could eliminate all sources to the station. Therefore, a low-profile ring bus can command a lot of area.

The breaker-and-a-half scheme is configured with a circuit between two breakers in a three-breaker line-up with two buses; thus, one-and-a-half breakers per circuit. In many cases, this is the next development stage of a ring bus arrangement (Figure 3.6).

Maintenance as well is facilitated by this arrangement, since an entire bus and adjacent breakers can be maintained without transferring or dropping loads.

Relay protection is similar to the ring bus, and due to the additional devices, is more complex and costly than most of the previously reviewed arrangements.

The breaker-and-a-half arrangement can be expanded as needed. By detailed planning of the ultimate substation expansion with this configuration, line conflicts outside the substation can be minimized.

Cost of this configuration is commensurate with the number of circuits, but based on the good reliability, operating flexibility, and ease of maintenance, the price can be justified.

Obviously, the area required for this type of arrangement is significant, and the higher the voltage, the more clearances required and area needed.

As a summary to the discussion above, Table 3.1 provides a quick reference to the key features of each configuration discussed with a relative cost comparison. The single bus arrangement is considered the base, or 1 per unit cost with all others expressed as a factor of the single bus arrangement cost. Parameters considered in preparing the estimated cost were: (a) each configuration was estimated with only two circuits, (b) 138 kV was the voltage level for all arrangements, (c) estimates were based on only the bus, switches, and breakers, with no dead end structures, fences, land, or other equipment and materials, and (d) all were designed as low-profile stations.

Obviously, the approach used here is only a starting point for evaluating the type of substation or switching station to build. Once a type station is determined based on reliability, operational flexibility, land availability, and relative cost, a complete and thorough evaluation should take place. In this evaluation additional factors need be considered, such as, site development cost, ultimate number of feeders, land required, soil conditions, environmental impact, high profile versus low profile, ease of egress from substation with line circuits, etc. As the number of circuits increases, the relative difference in cost shown in the table may no longer be valid. These types of studies can require a significant amount of time and cost, but the end result will provide a good understanding of exactly what to expect of the ultimate station cost and configuration.

How a Substation Happens