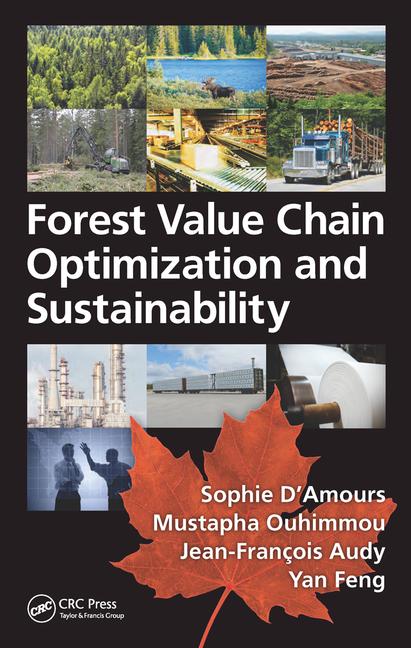 Forests worldwide create environmental, social, and economic value. Focusing on the latter, the value of exports in forest products was estimated at US$231 billion in 2012 (FAO, 2014a), while the formal forest sector employs some 13.2 million people across the world (FAO, 2014b). For a major forested country such as Canada, the forest sector contributed to 1% of the nominal GDP and provided 200,000 direct jobs in 2013 (NRC, 2014). Similar figures are found in other countries where the forest industry is important. In Sweden (www.skogsindustrierna.se), the forest industry sector represents 2.5% of the gross domestic product (GDP), the number of direct jobs in 2013 was 55,000 (175,000 indirect jobs), revenues are about US$25 billion, and the export value is US$15 billion. In Portugal, the gross value added (GVA) of forest-based companies in 2012 was worth 1.746 million euros (about 1.2% of the national GVA), corresponding to 9.1% of the total exports and 1.7% of total employment (www.aiff.org). To create this value, the forest products industry is organized in a complex industrial system known as a value chain, starting from the forest and continuing to the delivery of products to end customers (markets) as well as recapturing the value (or disposal) of a product at the end of its use/life span. Planning such an extended industrial system, accounting for its distributed and dynamic nature, constitutes a challenging task. In past years, research in supply/value chain management has contributed to major improvements in the forest sector as well as in other industrial sectors. Among the most important outcomes are the advanced planning methods embedded in decision support systems (DSS) that are often modules of the overall business system of a company [i.e., enterprise resource planning (ERP) system]. This chapter aims to provide a broad overview of a number of planning methods and DSS for tactical decisions (i.e., mid-term decisions ranging from a couple of months to a few years) in the forest-based value creation network (FVCN) since the 1990s that have been published in the literature. The solution methodologies and decision-making frameworks behind these methods/DSS are discussed. The motivation is to furnish readers with an easy-to-read and pedagogical summary on what has been done worldwide, highlighting the most successful DSS developments by reporting their most significant applications and benefits, present trends and gaps in planning methods/DSS, and future research directions and links for further reading. As such, an exhaustive literature review is beyond the scope of this chapter, but throughout the chapter, we have identified a number of reviews focusing on specific value chains within the extended FVCN. Also, although there are many commercial software programs that have been developed and utilized, their methodology and models are not known in detail and are hence not included.