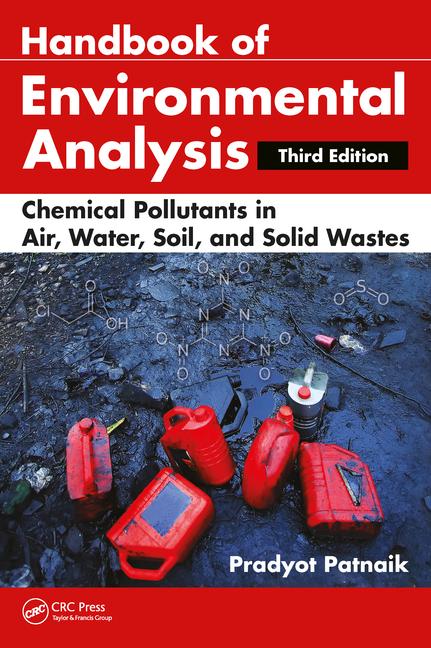 Pollutants containing various organic functional groups are often converted into their selective derivatives (products) for their detection. Derivatization reactions are widely used in many chromatographic and spectrophotometric analyses. In the colorimetric method, the substance to be analyzed must first be converted into a color-forming product by reacting with a suitable reagent, and the absorbance or the transmittance of such colored derivative is then measured at a specific wavelength using a spectrophotometer or a filter photometer. The literature on the colorimetric analysis abounds with such derivatization reactions. Likewise, in chromatography similar reactions are plentiful. The purpose of such derivatization is (a) to confirm the presence of a substance in the sample, more authentically as its derivative, using an appropriate gas chromatography (GC) or high-performance liquid chromatography (HPLC) detector, (b) to achieve better separation from the coeluting substances on the GC columns, (c) to obtain sharp chromatographic peaks, (d) to increase the volatility of compounds as their derivatives and therefore prevent any possible thermal decomposition at elevated temperatures, (e) to lower the levels of detection for substances analyzed, (f) to produce fluorescent derivatives or enhance fluorescence for HPLC analysis, and (g) to enhance sensitivity to UV detection. Sometimes a substance cannot be measured at all without converting it into one of its derivatives. For example, 2,4-dichlorophenoxyacetic acid (2,4-D), a herbicide used in agriculture and often found in many groundwater elutes as a broad and skewed peak in the sample chromatogram when analyzed in its acid form by GC, and therefore becomes difficult to measure. However, when this compound is converted into its methyl ester, the chromatographic peak is distinctly sharp, thus giving a far better resolution. Such derivatization reactions commonly are used in GC, GC/MS, HPLC, and liquid chromatography (LC)/mass spectrometry (MS) analyses. Also as mentioned above, often a lower detection limit with better resolution may be achieved only upon converting a compound into its appropriate derivative.

Precision and Accuracy of A...