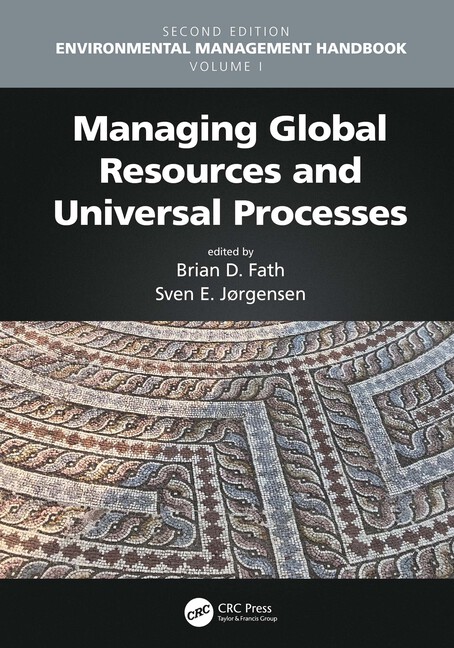 Chemical herbicides have had a tremendous impact on cropping practices, particularly in the developed world, by reducing the need for hand labor in weed control. The first chemicals used on a large scale for weed control in agriculture were inorganic compounds such as salt (sodium chloride), sulfuric acid, and arsenicals. In the 1920s, crude organic compounds (e.g., diesel oils) were first used. A major breakthrough came in the 1940s, with the development of selective herbicides (2,4-D and MCPA) for weed control in cereal crops. This ushered in the era of modern crop protection, using chemicals to provide effective weed control in a diverse range of crops.

Traditionally, herbicides have been discovered through large chemical synthesis and screening programs. Given the high cost of discovery and development of new compounds, efforts have focused on herbicides that target major weeds in major world crops (e.g., corn, rice, wheat, soybean, cotton). However, these compounds often find uses in minor crops, also. The process normally involves a step wise progression from greenhouse screening on a few crop and weed species, to more extensive indoor testing, and eventually to field trials in many locations examining the interactions between different weed species, soil types, weather conditions, etc. Toxicological testing and formulation improvement proceed concurrently, to ensure that regulatory and efficacy requirements are met.

A recent innovation is the use of combinatorial chemistry to identify lead compounds. Rather than being synthesized and evaluated in isolation, compounds are produced and screened as mixtures. When combined with in vitro screens (activity testing at the biochemical or cellular level) rather than whole-plant assays, this can allow the testing of 20- to 50-fold more compounds per year than a traditional herbicide discovery program.

“Rational” discovery of herbicides involves identification of a candidate herbicide target site in the plant, followed by design of inhibitors that specifically block that target. While this has led to the discovery of some novel enzyme inhibitors, to date no commercial herbicides have been discovered through this approach. One difficulty is that compounds predicted to have high activity might not penetrate the tissue satisfactorily or may be rapidly degraded inside the tissue.

Finally, herbicides can be developed from bacterial, fungal, or plant toxins. One commercial herbicide, glufosinate (= phosphinothricin), was developed from the bacterial toxin bialaphos from Streptomyces hygroscopicus.

Method or Timing of Application

Chemical Structure or Mode of Action

To be effective, herbicides must penetrate the tissue and reach the target site in sufficiently high concentrations to block its activity. The overall process of herbicide action can be separated into the following components:[ 1 ]

Absorption: Herbicides can be absorbed by the roots or directly into the leaves. Root uptake occurs through mass flow of herbicide in soil moisture and is a function of root distribution in the soil, soil moisture status, the physical properties of the soil, and the behavior of the herbicide in the soil. Foliar absorption occurs following application to the leaves. To facilitate entry through the cuticle (the waxy layer on most leaf surfaces), herbicides are usually formulated with an array of inert ingredients including surfactants, emulsifiers, etc. Once inside the tissue, further penetration through cell walls and membranes usually occurs by simple diffusion.

Translocation: Long-distance transport of herbicides in the plant can occur in the xylem and/or phloem. In some instances, distribution through the plant is a critical component of overall activity. The amount of translocation depends on the plant stage of development, the physicochemical properties of the herbicide, and the rate at which herbicide injury slows down the movement of endogenous compounds.

Interaction at the target site: Finally, all herbicides must interfere with some critical process in the plant. In most cases this involves binding to a protein (usually a functional enzyme, or a transport or structural protein) so that it cannot carry out its normal function. Over time, through the combined effect of this direct action and other indirect actions, the plant dies.

Most herbicides are selective, that is, they kill some plant species but not others. A few herbicides, on the other hand, are nonselective, and kill essentially all species. Selectivity is normally based on one of the following:[ 1 ]

Herbicides kill plants by interfering with an essential process in the plant. The major modes of action of herbicides, the biochemical target sites, and some examples of chemical groups that interfere with those targets, are shown in Table 1.

Table 1   Modes of Action of Major Herbicide Groups a

In addition, many herbicides have been identified that interact with other, unique target sites in plants. However, most of the herbicides that have been developed over the past 50 years target about 15 distinct molecular targets.

Herbicide resistance in weeds was first observed in the late 1950s, but was a minor problem until the mid-1970s, when resistance to triazine herbicides became a widespread concern. Since then the occurrence of resistance has increased dramatically, with >200 cases now reported.[ 2 ]

In most cases, resistance is due to a point mutation in the gene coding for the herbicide target site.[ 3 ] This alters the structure of the target protein in such a way that it can still perform its natural function, but herbicide binding is reduced. This type of resistance often confers cross-resistance to herbicides in the same chemical family or mode-of-action group, although exceptions exist and each case must be analyzed separately. However, target-site mutations do not alter the sensitivity of the weed to herbicides with other mechanisms of action.

Resistance can also be conferred by elevated activity of the enzyme(s) responsible for herbicide degradation. These weeds can be cross-resistant to other herbicides with different mechanisms of action. Again, the possibilities for cross-resistance have to be analyzed on a case-by case basis.

A recent development in selective weed control has been to create resistance to certain herbicides in crops where it did not exist previously. While this has been done primarily to extend the market share of certain products, it offers farmers the advantage of broad-spectrum weed control in crops with a single herbicide application.[ 4 ] In some cases this has substantially reduced the total amount of herbicide required in a single season.

Herbicide-resistant crops can be produced by three methods:[ 4 ]

Herbicide-resistant crops have greatly facilitated weed control, but present some new research questions that have had to be addressed. These include the likelihood and long term ecological consequences of gene flow to related species, and the need to control volunteer plants in the following season(s). These issues do not present insurmountable obstacles but, again, need to be dealt with on a case-by-case basis.

Safety and Environmental Fate of Herbicides

Environmental safety is of prime concern in the development of new herbicides. This includes an understanding of herbicide toxicology, safe handling and application procedures, and environmental behavior and fate. In most countries, approval of herbicides by the relevant decision making bodies is dependent on the registrant satisfying the regulatory requirements imposed by those countries.

Toxicological requirements vary from country to country, but usually include data on oral and dermal toxicity in a range of species, in tests of varying duration. Based on the data collected, maximum residue levels are established in food or food products. Data from these tests and field experiments are used to establish maximum application doses and safe intervals between product application and harvest or grazing. Data may also be required on effects on nontarget organisms and ecosystems that may be exposed to low herbicide doses.

Herbicide drift immediately after spraying can be a source of off-site contamination, resulting in injury to adjacent sensitive crops and other species. Various measures, including spraying only under calm conditions, use of wind deflectors, and avoiding very small droplets, can substantially reduce the risk of spray drift.

Herbicides in soil are lost by a combination of microbial and chemical degradation, plant uptake, and, in some instances, leaching or surface run-off. Stringent environmental regulations have been introduced in many countries to minimize the possibility of groundwater contamination. Herbicide residues in soil can provide extended weed control, but also may limit crop rotation options in future seasons. Field research is conducted to establish the risk of such carryover and the effects on future crops.